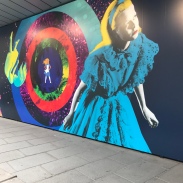 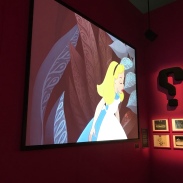 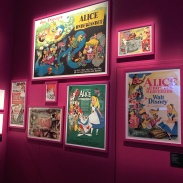 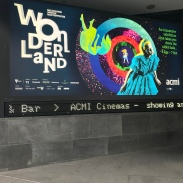 Alice in Wonderland has always been a classic tale that I’ve loved for as long as I can remember. I loved the Lewis Carroll story as soon as I heard it read to me by my nana when I was little. I even loved watching a few of the film and television adaptations of the classic story – sorry unfortunately not the 2010 film with Johnny Depp in it (wasn’t my cup of tea). So when I learnt that there was an Exhibition in Melbourne about the Story and the many adaptations I was ready to see that shit!

Of course I wanted to be smart about my timing, since I knew the second the expo began it would be packed. Dealing with a large amount of people all trying to squeeze in to confined spaces to see a display, eh sounds like a nightmare. So I waited a few weeks to make sure I arranged to go on a weekday in the morning to save any craziness. So I bought tickets on the ACMI (Australian Centre for Moving Image) website. Just a little FYI the tickets are timed, so when you buy a ticket you have to select a time that you will be going in. You have to make sure you arrive at that time! So I booked in for the 1130am time because I knew that by then the peak hour traffic would have died down and the trains would be not as full. Good thing I drove in though- because that day the train lines happened to be down and there was massive delays. So I drove in and had parked at DISTRICT DOCKLANDS outdoor shopping mall and caught a tram to ACMI which was in Federation Square in Melbourne CBD. 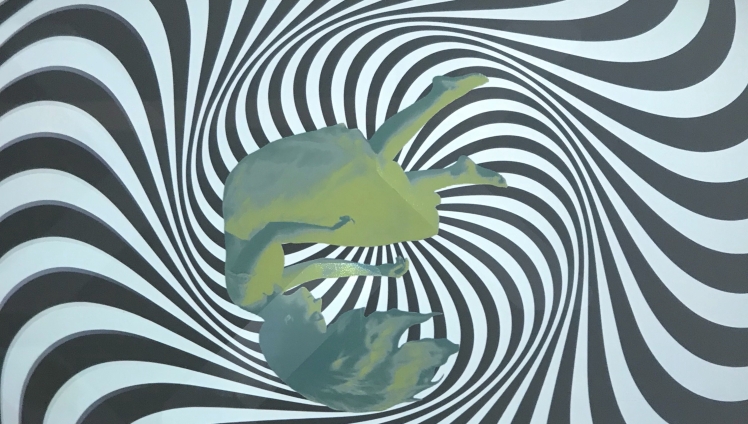 When I had arrived I had just made it with a minute to spare – always cutting it close! So anyway when you walk into scan your ticket you head down some stairs with Alice images already on show to make you feel as if you have ventured sown the rabbit hole to Wonderland.  When reaching the bottom of the stairs we were greeted by a staff member who provided us with maps that we could also put on scanners around the exhibition and view animation on. We then entered through the door to a small room with 3 different doors (this confused the shit out of me but it turned out two lead to the same place and one put you ahead in the exhibition) so I just went through one at random. We then were in a room with two large mirrors, many doors and framed facts about the Author. Two of the doors lead to small rooms in which shared a little info about the background of the Author and the story. We also were treated with many older versions of the book. As you can see all of these displays are creatively presented to keep in theme with a bit of a Wonderland experience. 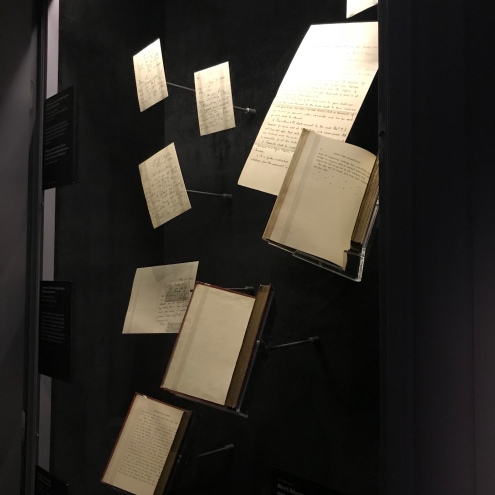 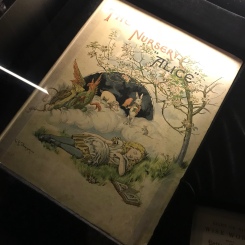 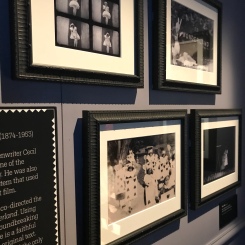 We then left all of the small rooms behind and entered through to the sections introducing us to all of the older film adaptations of the story. Looking at a lot of the older films (this is including films from all over the world) a large majority of them looked creepy as fuck! In the displays they had featured some clips from the films and oh god they were terrifying, some of them were stuff of nightmares. But looking around, there was costumes from some of the earlier films swell as story boards, film posters, props and much much more. 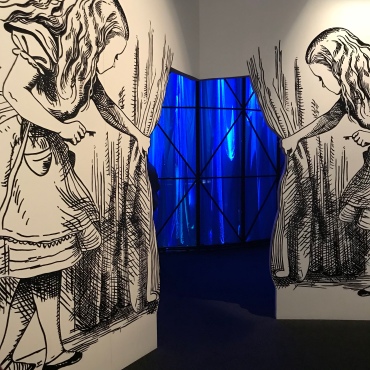 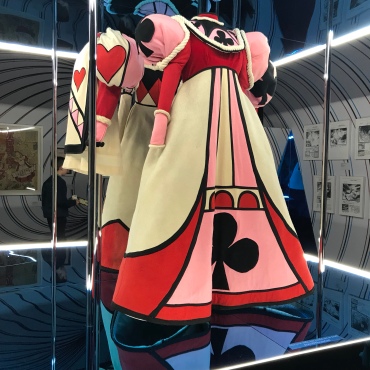 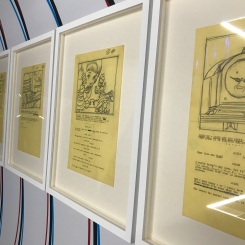 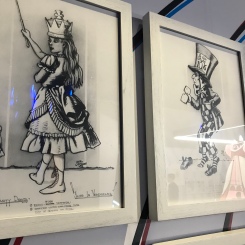 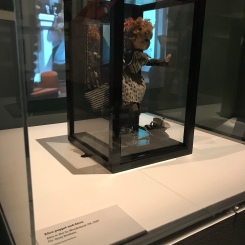 When venturing into one of the rooms I came across a display with the Disney’s animation version of the tale. It had clips from the film playing up upon a big screen with framed drawings from the film. I loved this movie when I was little, I loved the adventure that I was taken on. Seeing the hand drawn artwork and paintings framed up on the wall took me back to when I was younger and watching the film on a rainy day (obviously back in those days I was outside all the time).

After going through the rooms I approached what like like a waiting room, with stripped walls and many many clocks and a lot of people looking like they were waiting for something. It turns out it was a Mad Hatter Tea Party (not an actual tea party just a visual show – I had to wait until afterwards for a hot beverage). I thought Why not check this out. Now I wasn’t sure what to expect when walking into this room, the staff had simply said take a seat at the table, make sure you don’t touch the table and no flash photography. Walking in to this room all I saw was a dinning table with black walls and black table and a white tea set on the table – honestly I didn’t know what was going to go on. Once the door shut the adventure began. Music began and the black walls had white writing appear and gradually created images all throughout the room taking you from a black a white room to a fully coloured room that was sending us through the story. Event the tea set began to develop colour and even images on food on it as if we had actually joined the Mad Hatter for tea. The whole experience took all of 4 minutes, although it was quick it was absolutely amazing I seriously felt like I had ventured into the book. 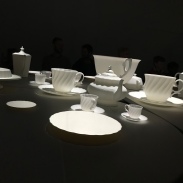 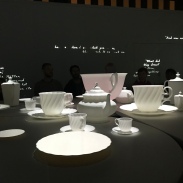 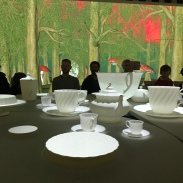 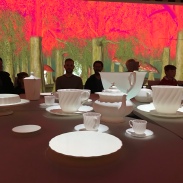 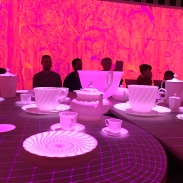 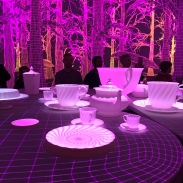 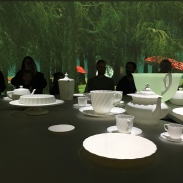 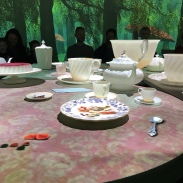 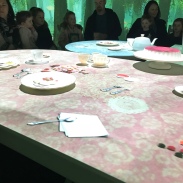 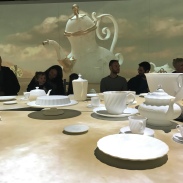 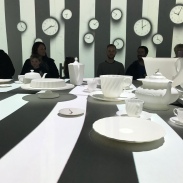 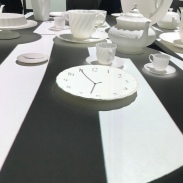 After the unique Mad Hatter experience we then ventured onwards to the more recent films (yep the Johnny Depp one) and also a few music videos, advertisements and TV shows that had an Alice in wonderland theme to them. I can tell you there is ALOT! We all know Gwen Stefani had a music video and shows like the Simpsons (Treehouse of Terror Episode) have a Wonderland to it but it was insane how many TV shows, advertisement and music videos all around the world have done this theme. It blew my mind the many different versions of one story. As for the more recent film adaptation of the story they ddi feature some costumes and props from the film which was pretty interesting to see in person – but like I said I wasn’t really into that film and I didn’t even bother with the sequel.

The last section of the exhibition consisted of a room with TVs circled around you showing many many clips throughout the years of the Alice in wonderland story. From black and white films to music videos to anime it was all there. 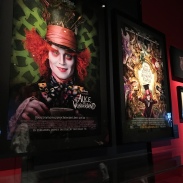 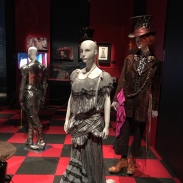 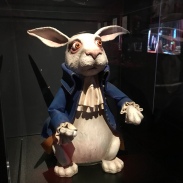 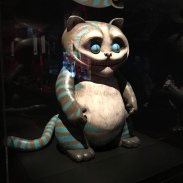 The exhibition didn’t disappoint me, I absolutely love going to these to learn something interesting and be blown away with all of the colourful displays. Below Ive included the ACMI website so if anyone is ever in Melbourne wanting to look at something besides the usual touristy spots check this out for sure. The expo is around until October so still a lot of time to check it out! 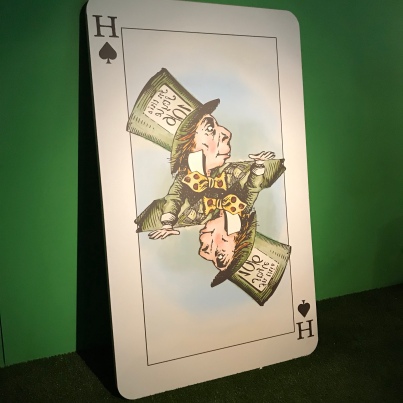